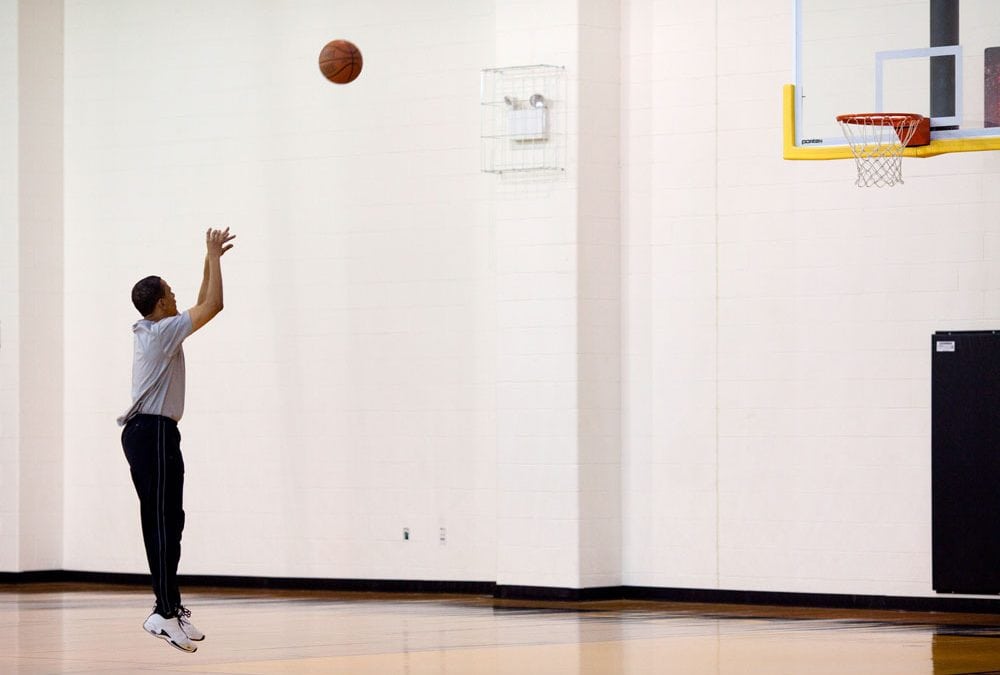 This past Monday night I witnessed not just one, but two young mens’ dreams come true. One of these dreams only lasted about a minute or two. The other young man’s dream will most certainly last him a lifetime and beyond.

Obviously, if you are a sports fan you probably know by now that I’m talking about the thrilling NCAA men’s basketball championship game that took place last Monday evening. If you are not a sports fan I’m still going to encourage you to read on if you have ever had a dream worth chasing.

With about 13 seconds to go in the game and down by three points and the National Championship on the line, a young North Carolina Tar Heel named Marcus Paige heaved up a contorted, gyroscopic looking shot that somehow found its way into the basket. This acrobatic shot was enough to pull me out of my chair at close to midnight and tied the game with 4.7 seconds to go. This amazing feat was seemingly going to take this game into overtime and propel the Tar Heels to an inevitable win and the National Title.

For a brief moment, Marcus Paige had fulfilled his lifelong dream, and the dream of any young athlete. To hit the game tying shot in the title game with everything on the line. Miss and the game is over. Make it and everything you have ever worked for has just happened. Truly a dream had come true.

Sadly for young Mr. Paige, his dream would be short-lived as he unknowingly set up a young Villanova Wildcat name Kris Jenkins to live out his own lifelong dream. With 4.7 seconds to go, Kris Jenkins received a perfect pass from his teammate leaving him wide open to take the shot everyone who has ever stepped on a basketball court has lived over and over again . . . the game winner!

As the ball swished through the net with no time left on the clock, I had witnessed yet another dream come true. Watching the replay as Mr. Jenkins released his shot that you could tell by the look on his face and the body language he projected that he just knew it was going straight through the net and into NCAA Championship folklore.

How did he know it was going in? Because he had visualized that very moment since he was old enough to bounce a ball. The same way Marcus Paige knew his crazy 3-pointer was going in to tie the game, these two young men had prepared themselves and focused so intensely on this moment that not only were they prepared to seize the opportunity when it arrived, they already knew the feeling of watching the ball go through the net because they had lived it so many times before.

I believe Athletes have it much easier than the rest of us in that they know what success looks like because it can be defined as easily and “Winning the Championship,” “Hitting the Game Winner,” “Being Number One.” They know the opponent and can visualize the moment of success over an over again in their minds.

What does winning look like in your mind? Can you define it with any specificity? How do you visualize exactly what you want over and over again?

Ask any successful person or someone you admire how they were able to achieve such great heights and you will hear the same answer again and again. “I knew exactly what I wanted and wouldn’t accept “no” for an answer.”

That type of clarity is consistent with high achievers and high performers. They can define what it looks and feels like to win the championship in their lives and their businesses. They have lived it over and over again in their minds. They have prepared themselves so intensely for the moment, that when the opportunity arrives they seize the day and expect a successful outcome.

Just like our young champion Kris Jenkins, they expect the shot to go through the net, since they have already lived the moment over and over again.

What is your dream?

Success is not an accident. Rather, it’s the result of clarity, focus and a will to move forward in the face of adversity.

Define success in your business and in your life and when the ball goes through the net, act as if you expected it to since you’ve lived it before.

If you can dream it, you can do it. –Walt Disney

Dreams are illustrations from the book your soul is writing about. –Marsha Norman

Do not go where the path may lead. Go instead where there is not path and leave a trail. -Ralph Waldo Emerson

I don’t dream at night, I dream all day; I dream for a living. –Steven Spielberg

20 Years from now you will be more disappointed by the things you didn’t do than by the ones you did. So throw off the bowlines. Sail away from safe harbor. Catch the trade winds in your sails. Explore. Dream. Discover. –Mark Twain

Here’s to your continued success, one Quarter Turn at a time.