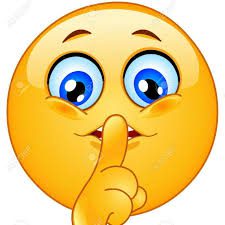 This may surprise you, but in almost 22 years of coaching senior executives and individual contributors the two words I have coached my clients more than any others are….

And then ask more questions.

Recently on a coaching call with a client we were discussing how important it is to simply Shut up and listen to your team members. In my conversations with his key team members it had come up numerous times that this particular leader while extremely smart and good at their job, was not a very good listener.

When I shared this feedback, he demeanor completely changed, and he challenged this feedback and told me that in fact he was a good listener. When I mentioned to him that wasn’t even really listening now- so his team’s feedback was probably spot on, he paused for a moment and processed the information. In his calmed state he became interested and we were able to have a real conversation about what it means to actually listen.

I asked him why he felt he was such a great listener and his response may sound familiar. He told me that he was so good at listening that usually within the first 30 seconds of a discussion with any of his team members- he was able to process all the information and understand exactly what was going on. This efficiency allowed him to quickly sort through all the available options and usually by the time the person had stopped talking he was able to tell them what the problem was and the most effective way to proceed.

This ability to process large amounts of information quickly and efficiently is a gift that many high performers possess. In fact, it could be argued that the very reason this person has ascended to their role as a leader is this highly sought-after ability to quickly process the situation and make good decisions.

As we know, the abilities that makes you successful can also be the exact same abilities that keep you from being successful if you aren’t aware of the impact. This is also the number one reason why this leader and many others like him are not very good listeners.

When he finished his we intentioned defense of being a great listener I asked him a question I’ve posed to my clients many times over the past 2 decades.

He remained silent for about a minute and like so many others who’ve been posed this question, he let out a huge sigh as the reality of the impact landed on him like a box full of rocks. He admitted to himself that despite all of his knowledge, ability and wisdom to get the job done, that he really wasn’t listening at all. More importantly as a high performer his was ready to do something about it.

Listening to others isn’t about you needing to understand or you being anything else but present and available in the conversation. True active listening is really paying attention to the messages both verbal and non-verbal that the person is attempting to convey. As we all know what a person says, isn’t always what they really mean. As leaders if we are jumping to our own conclusions based on our infinite wisdom and expertise than we are denying that individual the opportunity to truly learn the lesson on their own.

Once you really get good at learning to shut up, being present and suspending your own judgments or your need to fix and solve every situation, you could start asking a few clarifying or probing questions to allow that person to sort through what they are feeling or attempting to work out. When you make this time available to be present and allow the person to talk through and solve some of their own issues, they will thank you for it and become more engaged and committed as a result of these types of discussions.

Have you been to a company, or place of business where you just knew that the person providing you service was truly committed to the organization? Have to been to one recently where you knew the person absolutely was not committed to the company? Committed team members typically feel understood by those they report to, and that commitment ultimately impacts service, your numbers and the bottom line.

All these positive outcomes are available once you make a conscious decision to SHUT UP,  ask questions and actively listen to our teams. You see Leadership and being a great leader isn’t about YOU, it’s about someone doing their job better because of you. This is also the difference between building a team that is willing to die for you, instead of a team that is slowly dying under you.

Do yourself a huge favor this week and SHUT UP. Then start listening to the smart people around you and see where it leads you.

Thoughts for the week about listening.