The One Thing Needed for Greatness 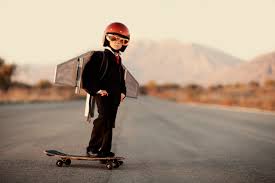 I called my son up at college the other day to find out how things were going and of course at first I got the usual “uh ok I guess?” After I asked a few more questions he went into a rant about how frustrated he was that he hadn’t met any great friends so far and hadn’t really learned anything in his classes yet. He was second guessing himself on his choice of schools and if he was really in the right place.

I was a bit stunned by this at first and I reminded him that he had only been up there for THREE WEEKS!!!

It seems as though my son believes he can become the CEO and move mountains in a matter of minutes. It was then that it dawned on me that it’s not really his fault. Kids my son’s age and those coming up behind him live in a world of sound-bytes, and sport-center highlight reels so why shouldn’t everything happen immediately?

For their entire lives, all these kids have ever really experienced are the end results of years of hard work and struggle, yet because that type of work doesn’t play out so well in 30 seconds or 140 characters they will never really know what actually transpired before the event took place.

Think about it for a minute. No one ever talks about how much batting practice went into the home runs we see on the highlight clips. Nobody will ever see the years of early mornings spent in solitude that an Olympic athlete trains for his or her one moment of glory.

Kobe Bryant likes to take young pro basketball players under his wing every year. I saw an interview with one of those players lucky enough to get that opportunity. On the first day Kobe told him to meet at the gym at 4 o’clock. Excited for this chance to work with Kobe the young player showed up the next afternoon a bit early at 345pm, but Kobe was no where to be found. After about 30 minutes the young player text Kobe and asked where he was? Kobe replied- 4am young man!

I’ve seen plenty of highlights for Kobe Bryant, but never once have I seen a clip of his dark walk into at gym at 4am, have you? Yet we all know that he is one of the greatest to ever play. His ability got him into there, but it was his work ethic and commitment to improvement that made him great. My belief is there are many athletes with Kobe Bryant’s talent, yet very few willing to match his work ethic.

The same is true for actors and entertainers that seemingly come out of nowhere to become an overnight success. As we usually find it takes 10 years or even longer to become an overnight success. This is the same reason why winners of singing contests on TV rarely have any staying power, because they haven’t gone through the struggle and put in the work it takes to create a lasting career.

And in the workplace the same thing is true. There are no short cuts and no way to circumvent the process. It takes hard work, dedication and practicing your craft every day, even when sometimes you’d rather just stay in bed.

No one will ever see the years of rejection and mistakes that it takes to finally close the big deal. No one will ever know about all the wrong paths you walked down before you actually found your true calling, or learned what it takes to really gain success in life and in the workplace. Yet it’s inside this struggle and strain we learn those valuable lessons that propel us toward our goals and create meaningful lives for our families and ourselves.

The challenge young people face today is they only see the highlights on Facebook, instagram or twitter. They see their friends and peers posting all the amazing things they are doing and accomplishing, but they do not see the tedium and toil it took to get to that moment. You see, those are not really Facebook or instagram worthy and therefore are discarded into the digital trashcan.

Consequently in their own lives our youths are only seeking and focusing on the highlights as well, which as any of us can attest, do not happen everyday. Ironically the rarity of these moments is exactly what makes them so special in the first place. By making them so commonplace, social media has taken away some of the preciousness of achievement.

I read recently that depression and suicide rates among teens is at an all time high- and it makes total sense. Adolescence and our 20’s are that time of self-awareness and it’s awkward enough without constantly comparing yourself to the digital masters of the universe. It seems really easy for a young person to think, “If my life isn’t a highlight reel like some of my friends seem to have, something must be wrong with me.” Or maybe “Why aren’t things happening for me as quickly as they are for this social media stranger?” And that’s exactly what they are… strangers. 400 facebook friends doesn’t equal 400 true friends.

Sadly social media doesn’t really recognize the passage of time. In the conversation I had with my son I attempted to describe that in order to really experience something meaningful and great in life, time is an absolute necessity. While I’m certain this hasn’t sunk in with him yet, I also know that like anything, time will work it’s own magic for him and in that time I can only hope he will learn that lesson in his own way.

Building meaningful relationships and building strong businesses is not a highlight reel of success meant to be displayed in single post or a 30 second clip. Rather it’s a series of awkward, uncomfortable situations that we stumble our way though until we find the way that best suits us.

The one thing of which I’m certain is that it takes longer than THREE WEEKS to accomplish.

Where in my business or in my life have I failed to put in the time required to experience real success?

What is my plan to remedy this situation?

How have I started focusing strictly on the highlights, vs. actually appreciating the small lessons and Quarter Turns I’ve learned along the way?

How have I allowed social media to impact my life and the lives of those around me, and is it a healthy use of the tool long term?

Stop beating yourself up. YOU are a work in progress. Which means you’ll get there a little at a time, not all at once. –Unknown

In an age of movement, nothing is more critical than stillness. –Pico Iyer

You define what is important to you by what you dedicate your time to. – Unknown

We don’t grow when things are easy, we grow when we face challenges. –Unknown

Do what you have to do until you can do what you want to do. –Oprah Winfrey