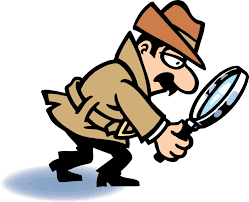 Have you ever wondered why some people seem to keep achieving at a high level over and over? No matter what they choose to put their effort and energy into, things just seem to keep working out for them.

Have you ever experienced success in a certain area only to fall short in others? Why do things work out so well for some and not so much for others? If you believe it’s only luck that makes the difference then you are sadly mistaken.

Successful people have simply made a habit of doing things that unsuccessful people are unwilling to do. Those productive habits are what creates the consistency to achieve good outcomes over and over again. It’s not that high achievers don’t experience set-backs and failures, it’s just that their mindset around these events is completely different.

For example- when something doesn’t work out for them, high performers will not blame others or beat themselves up, which by the way is the path of least resistance. Rather they tend to look at these events as learning opportunities and will take the time to extract meaning and value from their failure instead of allowing this event to define them. Also, when they feel they are getting off course they have developed strategies to make course corrections sooner than later in order to get back on the path towards their intended goals and outcomes.

Becoming self-aware of your own patterns and tendencies when things are going both the right way and the wrong way are the first steps toward learning to make success in your life a consistent pattern rather than a freak accident. Success leaves clues, and those clues are the key to getting good results over and over again.

Here’s a brief exercise to start you down the path of creating successful outcomes in your life.

Start by making a quick assessment of where you are today. Would you say that you are on-track, energized and moving at a good pace towards your intended goals and outcomes?

If you said yes, then ask yourself what are the circumstances that have led up to this amazing feeling? Think about your patterns and routines over the past few days and weeks. What have you been doing or not doing that has created this set of circumstances?

Maybe you’ve been eating right or exercising? Maybe you have spent time with people or been to places that inspire you and put you in a positive state? Maybe you’ve simply been getting enough sleep or doing things that you know recharge your internal battery? Whatever the case this state you are in isn’t an accident, it’s the result of a very unique set of events that have placed you in this positive and productive state.

If you happen to be in a bad place. Ask yourself the same questions. What set of circumstances have led you to this state? What patterns and habits have you fallen back into that you know aren’t good for you but seem to have found yourself doing anyway.

Take a look back at that past few days or weeks. What were the triggering events that set you down this path of mediocrity and non-productive behavior? Maybe it was something someone did or said that started this cascade of negativity? Maybe you are simply not taking care of yourself or neglecting your health and well-being. Maybe it’s just been too many cloudy days in a row. Whatever the case, just like the clues that have caused your success, the same clues will be evident in your negative state as well.

Once you become self-aware of your patterns and habits you can start tracing these events and more importantly develop pro-active strategies that you have 100% control over to make the course corrections needed to obtain success over and over again in your life. Just like those “lucky” people that perform at the highest levels I discussed earlier.

Success is not an accident, but the result of being intentional about the habits and routines that will make those things you want happen. Success leaves clues, and so does non-success. Start paying attention to them today and watch what happens next.

Chains of habit are too light to be felt until they are too heavy to be broken. -Warren Buffett

We are what we repeatedly do. Excellence then, is not an act but a habit. -Aristotle

Motivation is what get’s you started, habit is what keeps you going. -Jim Rohn

We first make our habits, and then our habits make us. -John Dryden

First forget inspiration. Habit is more dependable. Habit will sustain you whether you are inspired or not. –Octavia Butler

Nothing needs so reforming as other people’s habits. -Mark Twain