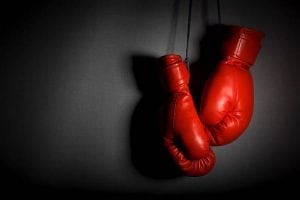 Call it whatever you want- Sports Spectacle, Sports Sham, Marketing Genius, or Marketing Hype- last month’s McGregor- Mayweather fight was quite an event and almost impossible to ignore. Much to our surprise, the UFC fighter put up a good fight against arguably the best pound for pound fighter ever to don a set of boxing gloves. Ultimately as we saw, experience, ring-savvy and the ability to sustain energy for entire 10 rounds was simply too much for a first time boxer to overcome.

As with any global phenomenon, I found there are always lessons that we can apply in our own businesses and in our lives that if you look closely can make the difference between success and non-success.

Here are three lessons, or Quarter Turns I found from this event that I hope will help you make that difference:

The reason is that usually what makes this person a great in sales is exactly what will make them a horrible leader. The same can be said of just about anyone that makes the jump into a leadership role. While some make that jump into management without missing a beat, others tend to struggle or flounder in that role until they are finally let go or given the opportunity to go back to what they do best.

Conner McGregor is a great UFC fighter, maybe one of the best ever. He has honed his craft to excel to top of this profession. Since fighting is fighting, he should be able to be a great boxer as well. He obviously trained hard and worked hard to become a great boxer, but the reality as we all saw is that he is not and never will be a great boxer.

While I’m certain that many people would attempt to become something they are not for the type of payday that Mr. McGregor received, sadly in the real world of real dollars, many take on roles they are simply not suited for based on salary or title.

I’m not saying we shouldn’t take on that next role or next rung in the corporate ladder because it’s out of our comfort zone, I’m saying that in the real world, trying to become someone- or something you were not meant to become isn’t a great strategy for success and certainly will not be sustainable in the long term.

Instead of focusing on what you are not, take the time to get to know yourself and what you are really good at, hone that skill, identify your true calling and develop that ability to it’s full potential.

Conner McGregor is a brash, loud, in-your-face type of individual. He exudes confidence to the point of cockiness. He never backs down from a fight or a challenge and his brand speaks to that though all his social media channels. His fans have come to know and love his Brand persona and love him or hate him, he plays to that like a master maestro. Even in defeat his confidence and brash nature came true as he said while he respects Mayweather and his talent, that he really wasn’t overwhelmed by him… he just ran our of gas.

Great brands are able to capitalize on victory and gain appeal in defeat. I doubt many outside of the UFC fighting world new the name of Conner McGregor prior to this event, now my 77 year old dad, who’s only experience with an Octagon was in high school geometry can tell you all about this gentleman and his brand.

On the flip side of Brand, Mr. Mayweather has never pulled any punches about who he is and what he stands for. His nickname is Floyd “MONEY” Mayweather, so his brand is still in tact wouldn’t you say? Sure he’s a great fighter, maybe one of the best, and I’m sure his unbeaten record is something he still holds in high regard. Yet I have a hard time believing that we have seen or heard the last of Mr. Mayweather and at some point we will find out which brand is really more important to him- “Unbeaten” or “Money”… Mayweather-Pacquia II anyone?

In our own business it’s important to know your brand and what you stand for. Is it clear in all your marketing and social channels what you do and why you do it? Or are there mixed messages about you and your brand? Are you confusing your audience by chasing the latest thing or are you staying true to what you do even in the face of adversity.

What is your personal brand as a leader and as a person? What you stand for, would others around you agree? Have you even thought about it, or have others already decided for you? Brand and Brand awareness are no small thing in today’s culture. Take some time to think about your brand and ask yourself if you are living up it in Victory and in Defeat.

It wasn’t the fight that intrigued me, it was they consistency of the hype that ultimately drew me. Every day, every week there was something I saw or something I read that reminded me that this was an event I wouldn’t want to miss. The consistency of this message finally resonated with me and all of a sudden I had to see it.

In your own business and in your life as you are making changes, shifting behaviors and becoming what you wish to become. Remind yourself that consistency and moving forward, no-matter how slow the process is much more important than being perfect. If you are consistent with your message, consistent with your behaviors and consistent about where you are going, at some point the naysayers and the non-believers will be drawn in. And if they do not, do we really want them on board anyway.

Am I putting myself and my team in roles that capitalize on what we are good at or am I asking myself and other to be things we are not?

What is my brand and how am l living up to it? Would others agree?

Where in my life and my business do I get to focus on being consistent vs. always trying to be perfect?

These are just a few of the lessons learned from the Mayweather-McGregor event. Please post your own lessons and comments below or share this article with anyone you feel may find it of value.

Absorb what is useful, reject what is useless, add what is specifically your own. –Bruce Lee

Don’t be scared to present the real you to the world, authenticity is at the heart of success. – Unknown

If people like you they will listen to you, but if they trust you, they’ll do business with you. – Zig Ziglar

Be yourself, everyone else is already taken. –Oscar Wilde

If you are not branding yourself, you can be sure others are doing it for you. –Unknown