Leadership and the Game of Tetris 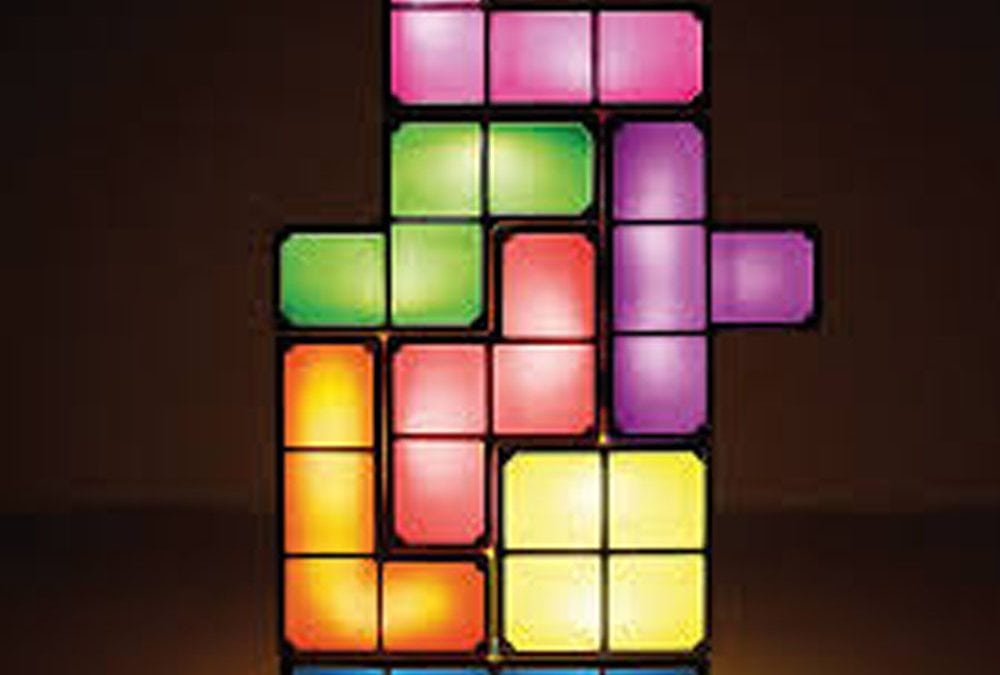 I was having a discussion with a coaching client who recently entered the C-suite as an executive of a fairly large organization. I like to compare this experience for a new executive with “drinking out of a fire hose.”

Through our discussion it was clear she had settled into her role much better than she dared give herself credit for. By the way, there’s a whole other Quarter Turn in that. At some point I asked her one of my favorite questions, and one that I’ve asked hundreds of times to other clients – “What are the most valuable lessons you’ve learned over the past six months?”

She pondered this question for a moment as most people do, and then shared her discoveries.

I can’t get everything accomplished in one day. I also learned the value of setting and communicating clear expectations for the team.”

I thought that was a perfectly fine answer, if we happened to be sitting in a classroom waiting for a teacher to give us a grade. So I decided to ask her again what she had learned, and this time I heard a much more valuable lesson and Quarter Turn that I think will benefit many others.

“I’ve learned that any of my challenges and shortcomings as a leader will be amplified to a much greater degree with my team and my department until I figure out how to shore up the gaps.”

She then asked me if I ever played that old Nintendo game called Tetris. She continued, “Running my new department is a lot like that game, in that until I fill in all the blocks on one level with the pieces I am given, I can’t ever seem to get to the next level. I have to clear out all the issues I’m having first before I can move on to bigger and better ideas.”

What an amazing way to look at leadership, and it’s right on the money.

If you’ve never heard of of played the game, it’s pretty simple. Shapes fall from the sky and it’s your job to simply make lines with them. The more lines you make, the faster the pieces fall down. While there are multiple pieces being thrown at you from every direction, until you master one layer, you can’t possibly be effective at the next.

Think about it. You can have a great vision for your team. Unless you’ve effectively communicated who is doing what, who owns what block, what strategy we’re going to employ to overcome obstacles, well, you’re just asking for trouble.

Then there is the constant delegation and follow up, along with accountability and ensuring that your team has the right people on the right bus in the right seats with the right tools, all working in unison on the same page in the right book while speaking the same language at the same time to reach the common goal. Sound familiar?

By the way, if it were easy, everyone would be an effective leader. We all live in the real world and know better than that.

Just like that game of Tetris, the minute we think we have a handle on what’s happening, a crazy looking piece comes out of nowhere and we have to figure out how it fits into to the overall picture.

At times we just have to put it down somewhere and hope we can find other pieces that will make it fit into the plan. Other times we just build right over it and hope it’s stable enough to hold the weight of everything else we want to accomplish.

Unfortunately, from my experience, most leaders just continue to pile up the pieces, hoping they will magically conform to each other. As anyone in leadership can attest, that just doesn’t happen. Like Tetris, the pieces start piling up all uneven and unstable, and finally there is no room left and, well, “Game Over” and you get to go back to the beginning.

There are no shortcuts, no simple formula, no magic pills you can take for success. Just trial, error and a lot of hard work. And boy can it be frustrating at times!

The most effective leaders I’ve met understand that building a successful team that continuously delivers a quality product takes time. No matter how fast you want it to happen, you can’t circumvent the process, and you can only go one brick at a time, one layer at a time, one wall at a time.

The most important lesson is to focus on putting just one good, solid brick into that wall everyday. Make sure it’s stable, level and has a good foundation. That one brick, while it may not seem like much, if placed properly can help support many others as the weeks, months, quarters, and years go by. That’s how you build a successful team.

The other choice you have is to just jam it into place for the sake of a deadline or to give the appearance that you’re making progress. We all know what inevitably happens – the wall, our teams, our departments and our own success comes crashing down.

Your job as a leader is not to build your wall in one day, and if you feel as though it is you are not only setting yourself up for failure, you’re also setting your team up for failure. Your job is to find, identity, strategize, communicate and delegate the next brick and then ensure that your team gets it put into place the right way so it will last.

That’s just one of the ways you build a team that is willing to die for you rather than die under you.

Where are the bricks I can put into place today, this week, and this month?

How do I plan to make sure this brick is level, stable and has a strong foundation?

How will I include my team in the vision, strategy and execution of brick placement?

What other areas do I need to focus some attention on so my team can duplicate our Tetris wall of success?

Thoughts for the Week:

“If your actions inspire others to dream more, learn more, do more and become more, you are a leader.” – John Quincy Adams

“Leadership is the capacity to translate vision into reality.” – Warren Bennis

“The best leader is the one who has sense enough to pick good men to do what he wants done, and the self-restraint to keep from meddling with them while they do it.” -Theodore Roosevelt

“The challenge of leadership is to be strong, but not rude; be kind, but not weak; be bold, but not bully; be thoughtful, but not lazy; be humble, but not timid; be proud, but not arrogant; have humor, but without folly.” – Jim Rohn

“Nobody cares much about leadership when you are winning” –Bo Schembechler