Don’t Stop Believing- In Your Brand 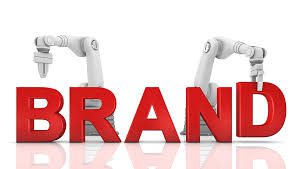 It’s no secret that I’m a huge music fan- always have been- always will be. The other day I found myself watching a documentary about the new lead singer for the band Journey- Arnel Pineda. Like many my age, Journey provided the soundtrack of my youth and their power ballads created countless opportunities to ask for those “awkward” slow dances with girls of my school years.

Being a music purest, I was a bit put off by the idea that Journey felt as though they could replace the legendary voice of Steve Perry. I mean, come on- this is one of the greatest rock-&-roll voices ever recorded. Do the rest of the guys in Journey really think that they can pull the ole- switch-a-roo, with a new singer, no matter how close to the real thing he sounds, and people will just accept it?

As I continued to watch the show which is called “Don’t Stop Believing” something interesting began happening to this hardened music critic and complete skeptic. I started believing myself.

Journey is an iconic brand in the world of music. Many times in the music industry a band has attempted to simply replace their unique lead singer and it has failed miserably.

Probably the most successful attempt was the Sammy Hagar replacement of David Lee Roth in Van Halen, but most will tell you in that situation the group actually became a completely different band. They wrote hit songs and sold millions of records with a completely new singer and sound. So they weren’t really asking us to buy a new singer playing the band’s old songs.

The Journey situation is completely unique in that you have an entire legion of fans- myself included- that really want to hear the old songs done in the exact same way that they were recorded back in the 70’s and 80’s.

The story of don’t stop believing tells us about a poor kid from Manilla, in the Philippines, playing covers in a classic rock band who is literally chosen by the hand of “Rock Gods” to take on the hardest task any singer could ever take on- Replace the voice of Steve Perry.

As I learned more about this story, and about the man chosen to take on this huge responsibility- I also learned something about Brand Management that I think can benefit any individual or company.

Journey and their new singer are completely aware that people want to hear the songs they know and love exactly the way they remember them- and they will drive a long way and pay a premium to do so. While they have recorded and released new material with their new lead singer, they understand and accept what their audience is really there for.

Arnel Pineda has faced so many nay-sayers and people like myself that were angry- how dare this guy attempt to mimic one our childhood heroes. And yet when asked about Steve Perry he is so humble and appreciative that he’s been chosen to share this amazing music with the world. He states that if he ever were to meet Perry, that he would be the first in line to get an autograph as he is first a foremost a Journey Fan.

As I watched the program, I saw the attention to detail that the band and especially Arnel Pineda put on himself to perform Journey’s hit songs with precise accuracy. With so much pressure to sound perfect- the new lead singer won over the audience and skeptics like myself by his effort, his energy, his ability to be grounded, and yet still remain authentic to himself.

Your brand is the most valuable asset that you possess both organizationally and personally. As your brand ages and matures, your audience understands that it will not be exactly the same as it was years ago. What they will pay attention to is if you are still doing the work needed to support the brand and if you are willing the be respectful of the brand. They may even allow you to make significant changes to your brand along the way so long as they know you appreciate the ones that have allowed you and your brand to be successful all these years… the fans!

If you do these tasks, then there is no reason your fans “Don’t stop believing” in you.

Stay true to your values. That’s why you were a success in the first place, and that’s how you make incredible things happen -Rafe Offer

Determine who you are and what your brand is, and what you’re not. The rest of it is just a lot of noise. -Geoffery Zakarian

It takes 20 years to build a reputation and five minutes to ruin it. If you think about that, you’ll do things differently.- Warren Buffet