Do You Appreciate Dear Old Dad? 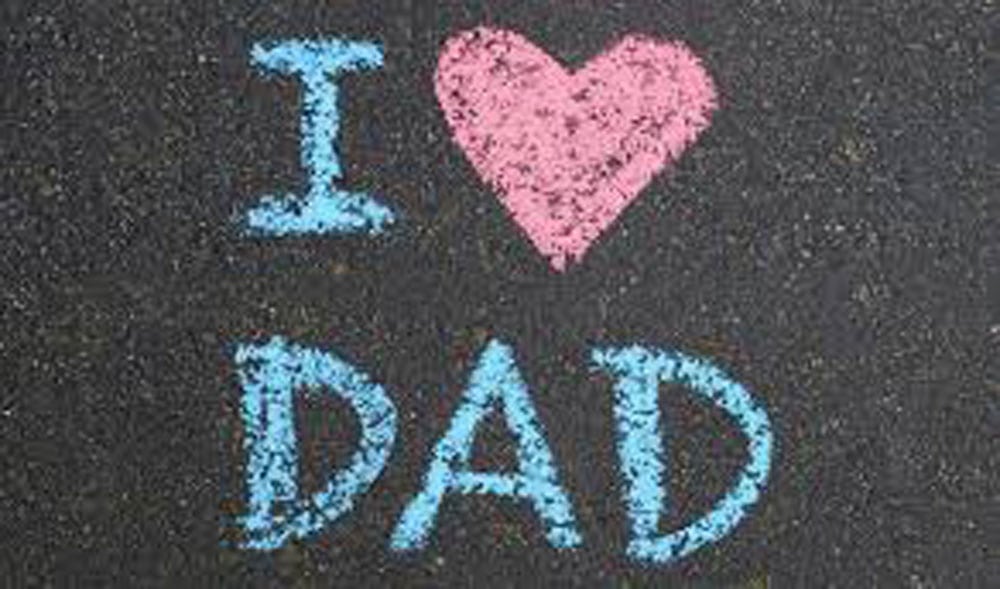 Last weekend at a graduation party for my niece I had a conversation with a friend who happens to have 2 boys about the same age as my own. Like most parents we began discussing how much better our own kids have it than we did growing up. This is a conversation between fathers that I’m certain has taken place since the beginning of time.

We started talking about how much we’ve grown to appreciate our own fathers now that we’ve had a chance to experience the role first hand in raising our own sons. All those rules that they had, all the times they got after us for not cleaning up, all the unrealistic curfews they imposed upon us. As fathers I can now say with the utmost certainly…We get it now!

My friend happens to be an outstanding golfer (this is the guy you definitely want playing in your foursome at the local charity golf outing) so the conversation shifted to the new course where he recently became a member. He shared with me a story that I think will resonate with all you fathers out there, and anyone that has one.

Being a great golfer, my friend routinely makes extremely difficult shots during a typical round. Something I’m sure most of us average and hack golfers can really appreciate. He shared with me that his son is rarely impressed with any of his amazing feats on the golf course.

As if bending a 180 yard shot around the pine tree, landing it on the green and having enough backspin on it so it rests 10 feet from the hole isn’t really that impressive!

He shared with me that his son’s typical response to shots like these were usually “ho-hum” what’s the big deal, that’s what you’re supposed to do right?

In that same round he hit an errant shot over onto another fairway where two boys about the same age as his son were playing. They watched and waited for him to hit his shot, which was a seemingly effortless launch over a massive oak tree and perfectly into the landing area he was aiming for. The two boys cheered for him, amazed that anyone could perform a golf shot with such a high degree of skill.

Why can’t my own son appreciate a shot like that, he asked me? I didn’t have the answer, but I’ve been thinking about it all week!

As fathers, don’t we all expect our teenagers to appreciate the longs hours, days, weeks and years it takes to truly master a skill? Don’t they understand the hard work and complete dedication it takes to be successful at anything in life? Do they know how much we work and sacrifice so that they can enjoy all of the things that we never had?

Well, unfortunately the short answer is NO. They are TEENAGERS.

I remember my own father getting up early every Saturday morning to head to the hardware store. He would come home an hour later with his ACE Hardware bag full of nuts and bolts and whatever else they have at that store, and painstakingly, methodically, with the patience of a saint repair something in our home. Sometimes his project would take him the entire afternoon, and at times into Sunday. I’m quite certain I didn’t appreciate any of that! I fact I thought he was crazy to waste his day off doing any of that.

It wasn’t until I owned my own home that I realized there was always something that needs to be fixed. A broken knob, a cracked door jam, a leaking faucet, the list is endless and ongoing, especially with kids in the house.

Unfortunately I was not blessed the “fix it” gene and must call my bother, neighbor, father-in law, or a handy man to fix just about anything. If I only knew then what I know now, I probably wouldn’t have given my dad such a hard time.

If you think about your own father, or whomever you grew up with, I bet there were a lot of things that just got done, that were just taken care of, that you probably took for granted as well. I’m certain there are a lot of things you would’ve said or wouldn’t have said if given the chance to do it all over again.

I believe that’s the true meaning behind “Father’s Day.” Unlike Mom whom we all love and adore every single day of our lives, Fathers are the unsung heros of the house. They toil in solitude for hours on seemingly insignificant items, drive an extra 10 minutes to save five cents on a gallon of gas or a few bucks on a household gadget, work their magic on the grill, and most importantly strive to make that perfect shot on the golf course.

This is the day we get to celebrate and most importantly “appreciate” our dads for all of their perfect imperfections.

When I was a boy of fourteen, my father was so ignorant I could hardly stand to have the old man around. But when I got to be twenty-one, I was astonished at how much he had learned in seven years. ~Author unknown, commonly attributed to Mark Twain

My father used to play with my brother and me in the yard. Mother would come out and say, “You’re tearing up the grass.” “We’re not raising grass,” Dad would reply. “We’re raising boys.” ~Harmon Killebrew

Fatherhood is pretending the present you love most is soap-on-a-rope. ~Bill Cosby

It kills you to see them grow up. But I guess it would kill you quicker if they didn’t. ~Barbara Kingsolver

One father is more than a hundred School-masters. ~George Herbert,

A father carries pictures where his money used to be. ~Author Unknown

It would seem that something which means poverty, disorder and violence

Every single day should be avoided entirely, but the desire to beget children is a natural urge. ~Phyllis Diller

The greatest gift I ever had came from God; I call him Dad!
~Author Unknown