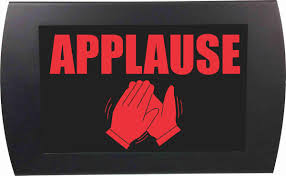 For some reason in February I almost always find myself watching the movie Miracle. This month marks the 40th Anniversary of the 1980 Gold Medal winning USA hockey team. After the movie ended there was a documentary “Miracle On Ice” with player interviews from both the American and Russian squads. Since I was wrapped up in the Nostalgia of the moment, hardly believing it’s actually been 40 years, I decided to watch it.

Most of the interviews I had seen or heard at some point or another, but it was an interview one of the Soviet players that really struck me. He was asked about the Russian team’s reaction as the final horn went off and they watched the USA kids celebrate this improbable win wildly all over the ice. It’s a scene that has been played and replayed on our television screens millions of times over the past 40 years.

Obviously, he described that most of his team was in shock that they had actually been defeated by any team, as this particular group of Soviet’s had only lost once in their previous 50 games and had dominated the world hockey scene for almost 2 decades.

But he also mentioned that he and his comrades were almost envious of this young group of kids that they could still celebrate with so much emotion and enthusiasm over something as trivial as winning a hockey game.

It was in that moment that the team captain realized that he and his team had become so conditioned to winning that they had taken it for granted and now winning simply became part of the job. The pure joy and emotion that came from playing the game that they all grew up loving and the exhilaration of actually defeating a worthy opponent had become another box to check off in their daily routine.

They had forgotten what it was like to Celebrate Success.

In my coaching practice and with the organizations that I’m fortunate to serve, I find this mentality with leaders over and over again. Failure to celebrate the little wins and the success of the organization, their teams, and themselves.

Phrases like “just doing my job” or “well, we could have done a bit better” kill the joy of whatever compliment is heaped upon the situation. Through coaching others, I’ve found that this inability to celebrate success can actually limit the team and the individual from ever achieving at higher levels. I call this the “check the box and onto the next one” mentality.

Of course our goal is always to get better and make improvements. But at what point did that become- “never good enough?” This hallowing out of any joy taken from our success- like everything in life, becomes a pattern and a habit. Soon our inability to celebrate success starts to tap into our own personal state of well-being, causing us to work endless hours day in and day out, all in the pursuit of some mythical finish line that keeps getting pushed further and further into the distance.

One of the most valuable Quarter Turns that I’ve learned with my clients over the past 20 years, is that if we can’t celebrate our success and acknowledge our own brilliance, then who will?

By the way our teams, and our families do what we do, not what we say. I wish my two sons did what I asked them to do, but that’s just not the case- they do what I do.

Ask yourself: if you have an inability to celebrate success- take joy in the little wins- cross the goal line and do your touchdown dance- What message are you sending to your teams and your families? Even if you give them praise for a job well done, your inability to celebrate success says to them loud and clear that those words are hallow and have no meaning. Is this really the message you want to send?

This week take the time to celebrate your personal and professional success. Give yourself a well-deserved pat on the back- say thank you when you receive a compliment- Spike the ball and do your own version of the touchdown dance.

Remember what it’s like to experience and enjoy the feeling of winning and celebrating with unbridled passion and enthusiasm.

Or, like the 1980 Soviet Hockey team, you can sit there in disbelief and gaze over at your competitors celebrating wildly at the victory they’ve just had over you and your business. Because if we can’t celebrate success and winning then we are destined to forget exactly what it takes to win in our business and in our lives.

Go ahead and celebrate your success today-

The more you celebrate your life, the more there is in life to celebrate. –Oprah Winfrey

Live for the moments you can’t put into words- unknown

In this life if you don’t celebrate your yourself, no one will. -Kevin Smith

Your teams and your families will do what you do, not what you say. Celebrate the little wins- Coach Tim

When I started counting my blessings my whole life turned around. -Willie Nelson