Are You Open to Possibilities? 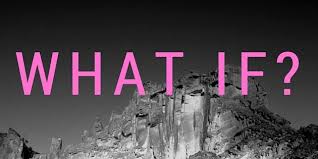 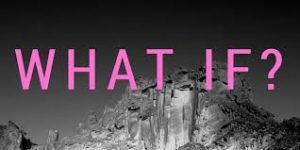 Spring has finally arrived and with it a sense renewed energy and new beginnings. This is also the one of my favorite times of year as it’s marked by the March Madness basketball tournaments taking place throughout high schools and colleges all throughout the country.

While it’s true that the best teams and programs tend to win, it’s also true that they do not always win. Sometimes it’s a team with players that you’ve never heard of, from parts of the country that you aren’t familiar, from places you barely knew existed. Many times, these teams haven’t had much success the entire year. In fact, they’ve struggled to compete night in and night out and seemingly have no business playing so deep into the post season championships.

But that’s the magic of this time of year. Each team has a clean slate and zero wins or losses. It really doesn’t matter what has happened up to this point in the season, it only matters what happens next. And what happens can be truly inspiring and amazing and only happens when we are open to the possibilities.

Think of your own business and your own life…

You’ve put in the effort and the work to get through the tough times. Can you appreciate and apply the lessons learned and the progress you’ve made up till now? Everyone lived a past that has already happened and can’t be changed, but the future is wide open to as many outcomes as you can imagine. All you have to do is allow yourself to believe the possibilities.

Ask yourself- Are you open to the possibilities or limiting yourself based on your past outcomes?

Spring is a great time to clear off the slate, start from zero, what’s happened up to this point has already happened, the pages have already been written. Now you get the opportunity to write a new script, create the future you have always wanted, and use the past as fuel to ignite your own personal run towards a championship.

March is a time for Madness. Remember, the past does not equal the future. The future is up to you. Are you open to the possibilities?

And By the way…

Cheers to your continued success

The past is behind, learn from it. The future is ahead, prepare for it. The present is here, live it.

Just because the past didn’t turn out the way you wanted it to, doesn’t mean your future can’t be better than you’ve ever imagined. – Unknown

Be loyal to your future, not your past. –Unknown

Looking forward to our next connection.