What Does it Take to Win? 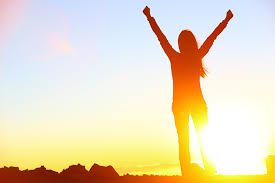 I’m not going to get into the discussion about who is the greatest of all time in sports or in business. I would however like to share what the so-called experts had to say about a few people that have all been in the discussion and ask you to decide for yourself what it truly takes to win at the highest levels in sports, business and life.

-Poor build, Skinny, Lacks great physical stature and strength, Lacks mobility and ability to avoid the rush, Lacks a really strong arm, Can’t drive the ball downfield, Does not throw a really tight spiral, System-type player who can get exposed if forced to ad lib, Gets knocked down easily

This as you probably know by now, is the draft report based on Tom Brady’s showing at the NFL combines prior to his rookie year. This report is also one of the main reasons why he slipped to the 6th round and was drafted 199th overall and why 6 other quarterbacks were deemed worthy of a higher draft pick that year.

This young animator you know as Walt Disney.

-A young reporter for the evening news at Baltimore’s WJZ-TV was fired by a producer stating that she simply became “too emotionally involved in her stories” and was obviously “unfit for television”.

That reporter was Oprah Winfrey

–The head of A&R for Decca Records decided to pass on a young group of scruffy looking English musicians. His reason he stated- “Guitar groups are on the way out”

That scruffy looking band was none other than The Beatles.

-While working at a Home Goods store in southern California, two employees had an idea they shared with the new owner to create a store where everything was sold at a discount. They were promptly fired. They decided to start up the store anyway, and within 10 years had opened over 100 of them.

Their names are Bernie Marcus and Arthur Blank, and their discount home goods store is Home Depot.

The list of success stories just like these is much too long to share in one article, but I think you are starting to get the picture.

The only thing that these wildly successful people have in common is that someone deemed a so-called expert in the field decided that they simply weren’t good enough. The correlation between these stories seems to be so strong, that in order to become successful in anything it appears that we first should seek out someone that will tell us we aren’t good enough, smart enough, or simply lack the talent and ability to achieve our ultimate goals.

Clearly I wouldn’t wish that on anyone, because there are just as many success stories we could share about individuals that chose to surround themselves with supportive, positive people that cheered them on and I certainly hope you are one of them. But for some reason it’s the one’s that defied the so-called experts that seem to capture our imagination. My question then is simple:

What is it about being told “you can’t” that sparks the flames in these individuals?

My first thought is that no one likes to be told what they can or cannot do, I know I don’t.  This perceived limitation and the need to prove people wrong must be the catalyst that ignites the warrior spirit of achievement. After all isn’t the deep seeded need to win and be first the driving factor in what truly makes people great at what they do? Yet if simply wanting to prove the naysayers wrong, and wanting to win were the most important criteria for massive success, why aren’t there more people achieving it?

This topic has fascinated me and I’ve studied it now for almost 20 years. What is it that makes these successful people truly exceptional? What do these people have that others with obvious talent and ability are lacking? What is the secret sauce that allows them to break through the wall of mediocrity? How do they achieve at the highest levels over and over again?

Other than being told they weren’t good enough and a huge desire to win, the thing I’ve found to be the common denominator with successful people is an unwavering belief in themselves. This above everything else seems to drive the mechanisms of achievement.

Let’s take Tom Brady for example. When he accepted a scholarship to the University of Michigan he was the 6th string Quarterback on the Roster. No one believed in him or his ability except for himself. By the end of the year he’d worked his way up to number 2 on the depth chart, and finally in his Junior season his hard work paid off and he was reluctantly named the starter by the coaching staff.

Belief appeared to pay off for Brady, at least until his senior season when a highly touted phenom named Drew Henson arrived. Henson was deemed a “can’t miss” prospect out of high school. A two-sport athlete that had already signed a multi-million dollar baseball contract with the New York Yankees and was destined to be a great football player.

Henson briefly took the starting job away from Tom Brady, who again was told he wasn’t good enough and again seemed to be the only one that believed in himself. Henson floundered by mid-season and Brady was again reluctantly placed back into the starting role, and he never gave it back.

The same thing happened to Brady in the NFL. You already read his scouting report. He simply wasn’t good enough to play at the professional level, yet that didn’t stop his belief in himself and his ability. Drafted on a flyer in the 6th round he was the 4th string quarterback to start the season. By the end of his rookie year he’d earned the back-up role to the 100-million dollar can’t miss Quarterback Drew Bledsoe. Bledsoe went down with an injury early in the season and Brady got his shot at the starting role- and well you already know the rest of the story, he never gave it back.

No one ever really believed in Tom Brady except for Tom Brady. In every interview you see with him, he states it’s that belief that carried him through all those challenging times. My belief is that this belief- in yourself- is at the root of every successful individual.

Belief is what causes someone to keep working long after the others have called it a day. Belief will drive them to consistently practice the same skill over and over again until it’s as close to perfect as it can be. Belief provides the confidence to abandon everything they know and rebuild the process in a completely new way. And it’s this belief above everything else that allows them to continue to push forward in the face of so-called experts telling them that they aren’t good enough.

Don’t get me wrong, everyone loves winning and those that are successful will tell you they love it too. Winning never gets old, but winning is the by-product. It’s the belief in yourself, and what you are committed to accomplishing that will allow you persevere in the face of adversity and in the glory of success.

What do you believe about yourself?

Where has someone said you weren’t good enough? How did you respond?

Are you willing to put your belief into action by working at it over and over again?

Success is not an accident and there is not such thing as a over-night success- You are playing in your own Super Bowl every single day- make sure you are playing with intention and purpose. After all if you don’t believe in yourself than why should anyone else?

Quotes about a winning mindset:

-There are only 7 days in a week, and someday isn’t one of them.- Unknown

-Your competition isn’t other people. Your competition is your procrastination. Your ego. The unhealthy food you’re consuming. The knowledge you neglect. The negative behavior you’re nurturing and your lack of creativity. Compete against that. –Unknown

-Golf is the closest game to the game we call life. You get bad breaks from good shot; you get good breaks from bad shots- but you have to play the ball where it lies. –Bobby Jones

-The key is not the will to win… everybody has that. It is the will to prepare to win that is important. – Bobby Knight

-You learn more from losing than winning. You learn how to keep going.” –Morgan Wooten

-A winner is someone who recognizes his God-given talents, works his tail off to develop them into skills, and uses these skills to accomplish thei goals. –Larry Bird

-For me, winning isn’t something that happens suddenly on the field when the whistle blows and the crowds roar. Winning is something that builds physically and mentally every day that you train and every night that you dream. –Emmet Smith