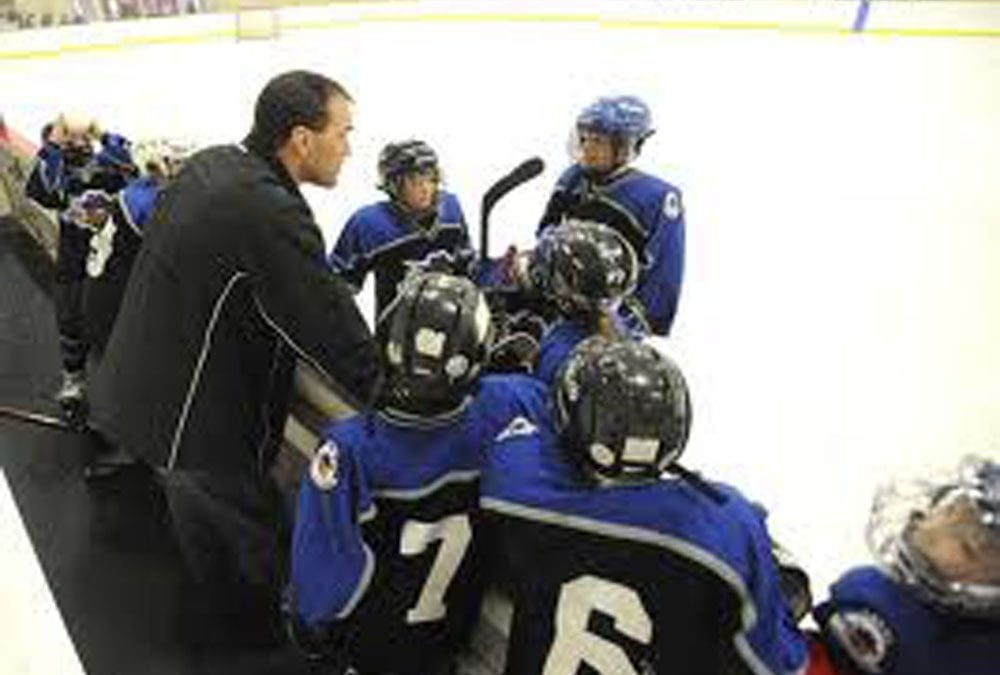 I recently had lunch with a good friend of mine, who also happens to be a senior executive for a large financial services firm. We started off discussing the market and how the year was going so far. The conversation soon shifted to the one true passion in his life – coaching his son’s traveling hockey team.

He was feeling pretty good this particular day because their young team had upset one of the top ranked clubs in the country the previous week, and there was much to be proud of. As an aside, both of us had a quick laugh at the idea that hockey teams made up of 12-year-old kids actually have national rankings. I’ll save that topic for another conversation.

I’m truly amazed at how he is able to commit to coaching a 70+ game schedule, especially because I know his job requires him to travel three or four days a week most weeks.

He started talking about how much he enjoys helping the kids, especially the ones who are a little rough around the edges. He loves giving them an opportunity, providing guidance, and offering the tools that will help them succeed.

He went on to explain how much he relied on his assistant coaches to help develop the kids and execute his plan. He believed it was his job to establish a framework for the team, to communicate effectively with the parents, to handle their questions and concerns, and to provide support for the various initiatives of his coaching staff.

He also believed it was his job to make some of the tough decisions, like which division to play in, what tournaments to schedule, and the toughest call of all – whether or not the kid, and his parents, were a good fit for what they were setting out to accomplish as a team.

He processed that thought for a minute, then laughed as well and said, “You know Tim, you’re right. I guess when I look at my hockey team, I really manage the process of being a successful team more than I coach.”

Let’s explore some of the correlations:

In his business he has a team of direct reports. In hockey he has assistant coaches. Both teams have areas of expertise and responsibility, such as administrative and management in the business, and offense, defense and strength / conditioning in hockey.

He has worked with and developed both teams over the years. He consistently meets with them to clarify his vision and expectations. He also concerns himself with the visions and expectations of the organization in business and the families in hockey.

When his direct reports get stuck, he is there to provide support and encouragement, or to help them identify possible solutions – such as training, development, coaching and mentoring. Same deal when his assistant coaches get stuck.

Sometimes he needs to step in with one of the members of the sales team to provide some wisdom and insight, or a different voice to reinforce the message of his team. He avoids taking over or undermining the ownership of the managers. Again, he exercises the same style of leadership when helping his assistant coaches. In both roles, he serves as a both a backstop and guide to make sure everything stays on track and moving forward.

If one of his direct reports (or assistant coaches) decides to move on or needs to be replaced, he spends additional time with the new person to make sure they understand his vision and expectations clearly. He consistently re-visits these expectations, measures results and provides feedback to help the new people succeed.

At the end of the year, both teams are evaluated. He’s wise enough in both settings to know success goes beyond the bare bones of the financials or wins and losses. He understands there are many external factors that can disrupt even the best of seasons.

For example, a new team enters the division, some of your key players go down to injury, you miss a few games due to bad weather, or another team you were relying on to show up at an event cancels at the last minute. All of these issues can impact a hockey season, just like they can impact your business.

It’s here that a good leader explains to all the stakeholders – such as the players, the coaches, and the parents, or the business team members, the managers, and the executive leadership and owners of the company – what happened. A good leader takes ownership for mistakes and improvement rather than making excuses. The effective leader communicates the plan for the coming year or season and creates enough buy-in to get the team on board, or on the ice.

That’s what good leaders do – regardless of whether the team wears shirts and ties or jerseys and skates.

How are you leading and managing your team?

What processes and plays have you set up for them to be successful?

Are you supporting your assistant coaches or are you swooping in and taking over their responsibility?

How are you taking ownership for the challenges your team faces and creating buy-in for your new plan?

What are some of the external challenges you can prepare and strategize for so you can upset the best team in your division and win the title?

“We spend so much time talking about what doesn’t work that we miss the whole point: namely, that we have the power to create something that actually does. – Pam Grout

“Gratitude makes sense of our past, brings peace for today, and creates a vision for tomorrow.” – Melody Beattie

“Everybody is a genius… But if you judge a fish by its ability to climb a tree, it will live its whole life believing that it is stupid.” – Ralph Waldo Emerson

“People often say that motivation doesn’t last…Well, neither does bathing…that’s why we recommend it daily.” – Zig Zigler