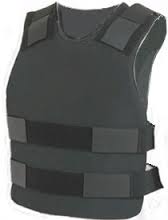 On my morning run recently I passed another runner that seemed to be wearing a combat vest, which struck me as rather odd. Upon further observation I realized that this wasn’t one of our esteemed armed forces veterans but simply a guy running with a weight vest. Obviously I’ve seen them before but never in the context of running near my own neighborhood.

I realize the purpose of a weight vest is to buildup your strength and endurance so that once you take off the vest you can really fly. I’ve seen highly skilled athletes train in this manner. In fact a talented friend of mine in high school used to practice basketball with leg weights around his ankles so when the real game-time came he could run and jump so much faster and higher. He later went on to star for his team in college.

The concept of being weighted down struck me as I was on a coaching call with a client of mine that had been struggling with one of his direct reports. This person has been the topic of several of our discussions, mostly around how to coach and manage him to an acceptable performance level.

This particular call was much different because when I asked my client what he wanted to discuss he had several topics in mind but when he brought up the topic of his direct report his entire energy just shifted and not for the better.

I had him pause for a moment just to take stock of what happens to him with the mere mention of this team member because up till now I’m not sure he realized just how much energy and effort was being expended managing this individual.

It was here that the runner with the weight vest popped into my head. We all have challenging people in our business and in our lives. These people are placed in our path to build up our strength and endurance. They challenge us to hone our leadership and communication skills and become better than we are today.

At some point however it becomes game-time and those weight vests need to be removed so that we can soar and perform at the levels we have worked so hard to achieve.

I’m certainly not implying that we leave our lower performers behind or kick them off the team. I’m only suggesting that at some point they have to put in the effort to improve as well. They get to work on their own skills on their own time and put in the grit and sweat that you had to when you were struggling.

Something that I usually share with most of my clients in this situation is that “They have to want it more than you do.” Think about this for a minute. If you can look in the mirror and honestly say to yourself that you have done everything within your power to support this person and create an environment that allows them to step up and be successful, then in my opinion you have done your job as a leader.

Some people are just unwilling or unable to get to that next level. It doesn’t make them or you a bad person. And who knows? In a different set of circumstances, with a different person or a different role, this person may actually flourish and achieve and a really high level.

If you have someone like this on your team it’s important to recognize that this is not a bad person, but rather they may simply be the wrong person for you and what you are trying to achieve in your role and with the organization.

That my friend is “just business” and the way of the world.

Where or with whom am I spending an enormous amount of energy and effort on with my team?

How has this person responded to my efforts to help them be successful?

Have I done everything within power to support this person and create the environment for them to step up and be successful? If not than what will I do differently? If yes then has this person stepped up?

If I’ve done all I can do and only put forth the same energy and effort with this individual- in 6 months will they make it? Yes or No?

What would be the impact if I put even half of that effort into some of my higher performers?

Where may I be confusing “bad person” with “bad fit” in my organization?

What steps am I willing to take this week to remove my weight vest?

A leader is best when people barely know he exists, when his work is done, his aim fulfilled, they will say: we did it ourselves. —Lao Tzu

The first responsibility of a leader is to define reality. The last is to say thank you. In between, the leader is a servant. —Max DePree

Never doubt that a small group of thoughtful, concerned citizens can change world. Indeed it is the only thing that ever has. —Margaret Mead

The most dangerous leadership myth is that leaders are born-that there is a genetic factor to leadership. That’s nonsense; in fact, the opposite is true Leaders are made rather than born. —Warren Bennis

The best executive is the one who has sense enough to pick good men to do what he wants done, and self-restraint enough to keep from meddling with them while they do it. —Theodore Roosevelt

Anyone can hold the helm when the sea is calm. —Publilius Syrus