Lessons From the Purple One 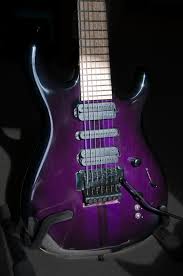 Last week on a long drive to a client in Chicago, I heard the news. Prince is gone at age 57. Like many I was shocked and saddened by his death. As the day progressed I found myself becoming more and more unnerved by this event.

Being a huge music fan, it’s easy to understand why I might be shaken by the Purple One’s death. Still, many other of my favorite musicians and artists have passed away and I never felt this type of impact before. What was it about this that seemed to mean so much?

As I pondered this thought over the weekend, memories of my teenage years began flooding back to me and in the background of it all was the music of Prince. If you ever wanted to hang out with girls at my high school, you had better at least be familiar with a few Prince songs. I remembered all those early high school parties with the Purple Rain soundtrack playing. The awkward slow dances with would-be girl friends hoping to lead to romantic interludes creating even more awkwardness.

I later realized that those songs were able to convey a message that most of us boys were unable to communicate without stumbling over our words. It didn’t matter who you were, Prince helped make all of us cool.

The truth of it is, I was never a HUGE Prince fan, although I liked him and his music, and respected his unique talent. I think somewhere along the way I got used to the fact that he was always around, always there creating the underlying soundtrack of my formative years. I understand now why it seems all too easy to take this type of artist for granted. Sadly, it isn’t until they are gone that we tend to realize how much they’ve permeated our lives.

I remember when my mother was probably about my age and the heroes of her youth began to pass away, the sense of shock and sadness that she would express. Now I think I understand why.

As our teenage idols begin to pass, part of our own past seems to go with them. It seems that no matter how old we get, it’s easy to still think of ourselves as those awkward teens and twenty somethings learning about who we are and fighting for our own identities. The soundtracks of those days anchor us in deeply rooted, emotional memories like they were yesterday. Once taken from us, so is that part of the youths we have romanticized over and over again in our past.

As these memories slowly drift away, we are reminded of how far removed we’ve become from those carefree days and also starkly reminded of our own mortality.

If the great Prince can be taken from us at such a young age, then what chance do the rest of us have?

When we are 18 we feel invincible and immune to the dangers of the world, yet Prince’s death is a reminder that the end will indeed come, most certainly. No amount of money or fame will help us elude life’s final chorus.

Prince taught us that it’s never too late to re-invent yourself, to change or evolve into the person you want to be. Damn the nay-sayers and those who want you to remain the same. Follow your passion and be true to yourself.

What I’m choosing to take away is that each and every day is truly an amazing gift that we are given. Each day brings with it a new challenge and a new hope to bring those things into our life that create meaning and value for ourself and those around us.

Whatever you are doing today, make sure that you give thanks for the amazing “Present” we get with the “present.” Start making the small changes and Quarter Turns to become that person you’ve always known you can be. And while you are doing so, make sure you have some really great music playing in the background and “Party like it’s 1999!”

Thoughts for the week – all from Prince

If you don’t like the world you’re living in, take a look around you, at least you got friends. – Prince, Let’s Go Crazy

You’re the reason God made a girl. – Prince, The Most Beautiful Girl In The World

What if God was one of us, just a slob like one of us? – Prince; Joan Osborne, One Of Us

You don’t have to watch Dynasty to have an attitude. – Prince, Kiss

There will come a time when love will blow your mind. And everything you look for you’ll find. – Prince, Diamonds And Pearls

Rest in Peace Purple One