Impact & An Audience of One 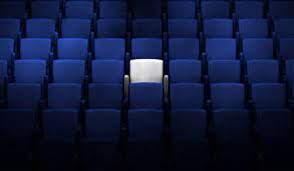 Dusty Hill, the Bass player from Legendary band ZZ Top passed away this summer adding to the list of musicians from my youth that are no longer with us. A friend suggested that I watch the ZZ Top Documentary “That LiL Band From Texas” so in honor of the Long-Bearded Bass Player, I did just that.

Like most musical documentaries, it’s filled with stories of the band struggling to make their way in the world of Rock n Roll and finally finding success with their Texas style Blues and Rock Fusion and over the top tours which including bringing livestock on the stage with them.

While the documentary was ok, and worth a watch, especially if you are a fan, there is one story in particular that really stands out and I felt compelled to share with you.

Like most bands in their early days, ZZ Top would play a show just about anywhere they could. Since they were relatively unknown the crowds were often sparse, and the venues were very rarely filled.

One show in Dallas the band recalled opening the curtain and seeing only one person in the audience.  Just one person!

The concert goer said to the group he was probably in the wrong place and was planning to leave but the group implored him to stay so he did. For the next 90 minutes the band played their entire set to an empty concert hall and one person. They didn’t skip one song and they played the show as if the theatre was packed with crazed fans. At one point they stopped and bought the man a soda, then kept on playing the set. They even came back and did an encore for the guy once the concert ended.

Why is this so compelling? What is the lesson that we can all learn from this?

In our businesses and in our lives, there will be times when things do not go the way we would want them to. We will work hard on something, practice our presentations, rehearse exactly what we plan to deliver and yet the audience may not be what we had hoped. They may not receive our message the way we would intend to. Some may not even show up at all.

The easy thing to do would be to simply quit or give up. Maybe you don’t quit but you just go through the motions and phone it in. You might be compelled to just do some sort of abbreviated version of what you planned so that you can get out of there and move on with your life.

If you plan to have an impact on those around you then it starts with just one person. That’s it just one. If you can have an impact on one person then you have done you job. Sure, it’s great to have a big crowd cheering you on, encouraging you to give it everything you’ve got and just a little more. But it’s easy to perform your job when the crowd is there for you. The reality is we don’t always have a big audience to energize us. Sometimes we just have a few people, sometimes it’s just one person. And even they are skeptical of what we are doing and will probably have to be won over.

The thing is if you are willing to show up and perform when things don’t go as you planned, then it will be much easier to do so when the spotlight is on and the stakes are much higher.

By the way to this day whenever ZZ Top plays in the Dallas area, that one person still shows up at their concerts and he simply says to the band “I’m the Guy”

Cheers to having an impact

One person, and One Quarter Turn at a Time.

I alone cannot change the world, but I can cast a stone across the waters to create many ripples. –Mother Teresa

No one gets remembered for the things they didn’t do. –Frank Turner

Genius is in the idea. Impact however, comes from action. -Simon Sinek